Situated in the 23rd administrative district of Assam, Doomdooma is a small town which is gradually developing with the passage of time. The town area committee of Doomdooma is in Tinsukia. Doomdooma is primarily famous for its tea gardens. It is considered as a town that produces tea in huge quantity. And due to this, Doomdooma is known as the tea city of Assam. 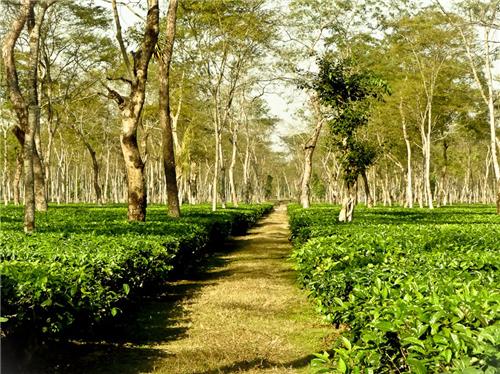 The area was an entire forest area not long back. The dense forest of the place gave a very safe habitat to elephants and hence the area is known after elephants. The name Doomdooma is derived from the sound of the footfalls of elephants which sounded much like “dumdum”.

The temperature of the town is moderate and temperate throughout the year. In this part of the area, rainfall is accompanies by thunderstorms and hence the town faces flood havoc almost every year due to heavy rainfall.

As has been mentioned already, Doomdooma is a major tea producer; hence the major income of the town is by tea producing. Tea gardens play a major role in the economy of the town.

Primarily Doomdooma attracts tourists for its proliferate tea gardens. The tea gardens spread across the town are a scene of beauty and serenity giving the best feeling of greenery to people. The lush green spread across, captures the attention of any passersby at a single glance. The tea gardens have been attracting a lot of tourists and Doomdooma intend to keep the resource intact and developed in times to come. Apart from the tea gardens, there are also namghars and temples which are worth a visit for the tourists.

Explore more about Localities in Tinsukia