Sadiya is a town located in the Tinsukia district in Assam, which is Tinsukia’s 23rd administrative district.  With an average elevation of 404 feet, the town is located on a grassy plain and is surrounded by the beautiful Himalayan Mountains.

Sadiya was the earlier part of Soumar-Preeth. The name Sadiya is derived from the word So-Diya, which literally  means Corpse Burial. The origin of the name of Sadiya dates back to 1304 AD or so when Chutia king Ratnadhwaj alies Gauranarayan buried his dead son in this area. After the invasion of Chutia kingdom by Ahom king Pratap Singha in 1523 AD, Ratnadhwaj posted Sadiya-Khowa Gohain as a provincial governor. The first assistant political officer of tinsukia district was JF Nidham, who was posted in the year 1982. Francis Jack Needham was the Assistant Political Agent of the British in the year 1882, who had written a treatise on the grammar of Singpho, Miri and Khamti languages and received the Gill Memorial Award for it.

Sadiya is part of Lok Sabha Constituency of Lakhimpur district. It is one of the three sub-divisions of Tinsukia district.

Sadiya is famous for a flower named Satful, which on the other hand is an Assamese name for a Chutia tribe. It is also believed that sadiya has the widest point amongst all the rivers of the world at the point of creation of the mighty river Brahmaputra where Dihing, Dibang and Lohit River joins.

The primary occupation of the people of Sadiya is agriculture. There is even a market in Sadiya where the Mishimi, Khamti and the Abor people bring in rubber, ivory, mask and wax in exchange for cotton cloth, metal goods and salt. 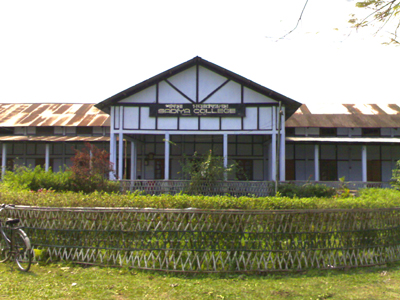 Sadiya is located in the easternmost part of Assam which has few beautiful tourist spots frequently visited by tourists. Some of the tourist spots in Sadiya are Mayodia, Parsuram Kunda and Kibito located near around Arunachal Pradesh. There are also few historical places and temples near about Sadiya. Sadiya is also famous for a temple which is named Tameshwari. It is a Shakti temple located in the centre of Assam and the temple can be reached after crossing the Brahmaputra river by ferries from the Dhola Ghat.


Explore more about Localities in Tinsukia